Congratulations to our 2017 Award Recipients! 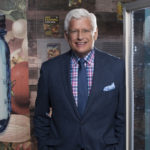 John Herbst started his career in 1974 as a social studies teacher for Paterson Catholic High School in New Jersey. Here he worked with his students after school, weekends, and summers to research the city’s history and create exhibits, publications, and walking tours. Since then, John has gained a reputation as an influential shaper of historical practice for his demonstrated effectiveness in leadership and fundraising through his career in public history. Over the last four decades, John has created programs, exhibits, and facilities that have had a national impact and raised over $100 million in support of his institutions. John has spent the last 10 years serving as the President and CEO of the Indiana Historical Society, and has successfully implemented institutional efficiencies through strategic budgeting, program expansion, fundraising, and careful stewardship of resources. 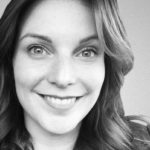 Jamie Glavic has been a professional in the museum field for just under 10 years, but has managed to accomplish much in that short time, proving herself an agent of change. Jamie got her start in 2007 at the front desk of the National Underground Railroad Freedom Center, but quickly moved up the ranks thanks to her passion for their mission and her expertise in the museum field, particularly in marketing. Currently, as the Director of Marketing and Communications for NURFC, Jamie has been instrumental in increasing attendance growth as well as recognition both nationally and internationally. Beyond her role at NURFC, Jamie has proven herself a passionate museum enthusiast and a driven purveyor of knowledge through her published work in books and journals, her presentations for AAM, Ohio Local History Alliance, and AASLH, and her influential blog-Museum Minute. 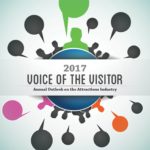 Voice of the Visitor, PGAV

Corporate Achievement Award: PGAV Destinations for Voice of the Visitor

PGAV Destinations is an innovative company that designs attractions, exhibits, and experiences that engage the visitor, and this focus is reflected in their publication, Voice of the Visitor. This publication, now in its second year, provides the field with relevant information in a format that is easy to interpret and implement for institutions. It not only provides an insight into today’s cultural institutions, but provides the data to help sustain them for future generations. The staff at PGAV go above and beyond by presenting on data from Voice of the Visitor to institutions and museum professionals, providing even more insight into how to best use this data in the field. 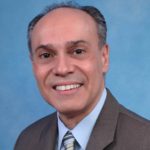 Billy Ocasio’s deep devotion for the promotion and preservation of Puerto Rican art and culture is the product of growing up in the Humboldt Park community of Chicago. Billy has devoted his life to his community through a commitment to justice, freedom, and equality.  Through his time serving as Ward Alderman for 16 years and then Senior Advisor for social justice on the Governor’s leadership team, Billy has worked to provide his community and neighborhood with affordable housing and centers of recreation and learning, including the National Museum of Puerto Rican Arts & Culture. He became President and CEO of NMPRAC in 2012, and has taken tremendous steps in expanding the museum by raising over $10 million to renovate and restore the museum’s home structures. He has tripled the budget and increased staff, admissions, and national and international visibility. His leadership has allowed the Puerto Rican community to flourish and has brought attention to the art and culture of Puerto Rico.